David grew up in Woodend before moving to Melbourne to study before joining the team at Pro Feet Podiatry.

David grew up in Woodend before moving to Melbourne to study and chase greater professional opportunities. David graduated from La Trobe University with a Bachelor of Applied Science and a Masters of Podiatric Practice. Since graduating, David has completed further studies in foot mobilisation and manipulation, advanced foot and ankle taping as well as strength and conditioning for injured athletes with plans to expand his injury prehab and rehab knowledge.

David enjoys the broad scope in which podiatry can assist in keeping patients on their feet with special interest in the sports injuries and footwear solutions. Having worked in the footwear industry for over a decade in a variety of roles, David has a wealth of knowledge he loves to share on both athletic and causal footwear.

Outside of the clinic, David is a keen sports fan and a lifelong Western Bulldogs supporter with fond memories of 2016. David likes to stay active by mixing up F45 training with running and walking his new puppy as well as snowboarding in the colder months.

To make a time with David at our Hawthorn or Kensington Podiatry clinics please call 1300 945 789 or book an appointment online. 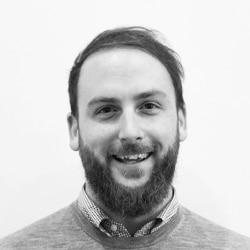 Dave's area of interest is in treating:

To make an appointment with David, you can instantly book online, call toll free, email or visit his practice pages below.